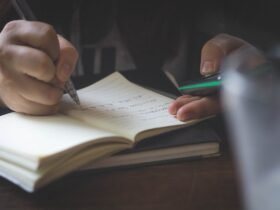 The scoop on the International Kangaroo Math Test Competition

Let’s get to playing! This might be the message of the Paris-based Association Kangourou Sans Frontieres, the international organization responsible for the annual Kangaroo Math Test. The third Thursday of March is the most eagerly awaited by schoolchildren in grades 1-12. They are excited as college basketball fans for March Madness.

What is the Kangaroo Math Test and how does it work?

The Kangaroo Math Test aims to inspire and engage students 7-18 years old in math. The annual event is open to students in all grades, from the first through the 12th.

The United States has designated testing centers that students can visit in their communities. They are allowed 90 minutes to solve a variety of math problems. There are 30 multiple-choice questions. In some cases, there may be only 24 questions.

How are questions determined?

At an annual meeting of all countries offering the Mathematical Kangaroo exam, questions are decided well in advance. Each competition will use the same set of questions. Educators come together to create a common set. For countries that require a slightly different version of a test, the AKSF allows for slight changes in the questions.

It is unfair to ask an eight-year-old child to solve the same math problem that a sixteen-year-old does. These questions are divided into six age groups. Each bracket includes basic math problems that are simple and not too difficult.

After students have completed the test, their papers are graded. Each child is awarded credit and an award. Students who score the highest are awarded additional recognition. Both participation and achievement are eligible for prizes. Participants can receive a souvenir, such as a T-shirt or a baseball cap featuring the logo of the event. Those who score higher may be eligible for more substantial prizes. Each country can choose the prizes it will award and how many.

The Kangaroo Math Test: What is it for?

The competition’s purpose is to encourage enthusiasm about math, as we have said before. Students love to test their math skills, from addition and subtracting to algebra and geometry. It’s not about how many points a student gets, but the fact that they took part in the event.

Students who participate in the annual competition tell their friends about it and encourage them to get involved. Some students will choose to study other subjects more intensely than others, but many children who take this no-pressure exam may decide to pursue math as their career or recognize the importance of understanding math in everyday life.

Origins of the Kangaroo Math Test

Kangaroo was born out of the efforts and passion of an Australian math teacher, who is 1980 started a math competition back home. Each year, the event has expanded to include more countries. In 1991, two Parisian mathematicians tried to bring a similar competition to Europe. This idea became very popular in a number of European countries and was called Mathematical Kangaroo after the original Australian idea.

Nearly 70 countries have the Kangaroo Math Test. India, Japan, China, and Japan are notable absences from the list. Each year, more countries will join. The AKSF hopes that all countries will sponsor the event in the future.

Tags: Scoop on the International Kangaroo Math Test Competition What is Kangaroo Test?