One of the most important data types in Python is the string. Strings are used to represent text-based data, and can be manipulated in a variety of ways. One common task that you may need to perform with strings is converting a list of strings into a single string. This can be done with the built-in .join() method. In this blog post, we’ll take a look at how to use this method to convert a list of strings into a single string in Python.

Python offers several ways to convert a list into a string. The easiest way is to use the built-in str function.

You can also use the join method which is available on all strings. This method takes a list of strings and concatenates them together, using the string on which it was called as a separator.

Another option is to use the % operator, which works like sprintf in other languages. You can use this to format a list of values into a single string.

What is a string?

A string is a data type that represents a sequence of characters. Strings are immutable, meaning they cannot be changed once they are created. Python supports two types of strings: byte strings and Unicode strings.

Byte strings are represented by the b prefix followed by one or more characters enclosed in single quotes. For example: b’hello’ .

Unicode strings are represented by the u prefix followed by one or more characters enclosed in single quotes. For example: u’Hello’ .

If you have a list in Python, you can convert it to a string using the built-in str() function.

The str() function takes an object as an argument and returns a string representation of that object.

If you have a list of strings, you can use the join() method to concatenate them into a single string.

The join() method takes a list of strings and returns a concatenated string.

To use the str() function or the join() method, you need to import the built-in string module first.

Why would you want to convert a list to a string?

If you have a list of data that you need to manipulate or iterate over, it can be helpful to convert it into a string. This can make the data easier to work with and can also make it faster to process. Additionally, converting a list to a string can make it easier to save the data in a file or database.

How to convert a list to a string in Python?

Assuming you have a list of strings called list_of_strings, you can convert it to a single string using the join() method. This method takes a list of strings and concatenates them together, separated by a given delimiter. The default delimiter is an empty string, so if you don’t specify one, the strings in the list will be concatenated together without any separation.

So, to convert our list of strings to a single string, we would do the following:

If we wanted to separate the concatenated strings with a space character, we would specify that as the delimiter like so:

In this article, we have gone through how to convert a list to string in Python. We have looked at the different methods and seen how they can be used in different scenarios. I hope this article has helped you understand how to convert lists to strings in Python and that you can now use these methods in your own code with confidence. 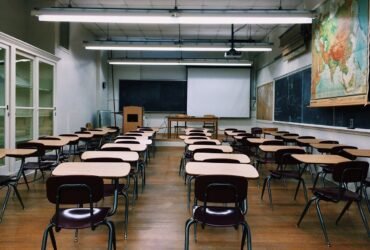