Dos and Don’ts of Classroom Decorations

According to a new study, heavily decorated classrooms can overwhelm pupils with too much visual information, interfering with their capacity to remember and concentrate on their studies.

Another recent study examined the relationship between students’ executive functions, which include skills like memory, concentration, and self-regulation, and the setting in which they learn. According to psychologists Pedro Rodrigues and Josefa Pandeirada, who co-authored the study, while many instructors have good intentions when decorating, many classrooms wind up being “sensory-rich” in a way that “may impair children’s learning gains rather than aid.”

Rodrigues and Pandeirada recruited 64 youngsters between the ages of 8 and 12 years old to participate in attention and memory activities in two groups to better understand how decorations affect learning. To accommodate the high-decoration group, the walls of the room were covered with countless photographs of everyday objects or scenes such as cars, musical instruments, and trees, among other things. However, none of the walls in the control group’s room were covered with anything.

A standing table with stools against the wall of a classroom Kendra Caralis & Associates
Students’ sense of belonging can be boosted via inclusive role models and quotations.
The children were put through a series of tasks that were designed to evaluate their attention and recall. During one attention test, for example, students looked at a laptop screen and responded by pressing a button if an X appeared or by doing absolutely nothing if a K showed. When the youngsters took a memory test that was evocative of the electronic game Simon Says, they were shown nine blue squares that changed from blue to yellow in varied sequences, which they were then asked to repeat. An overall total of four tests were administered, two of which tested memory and two of which tested attention.

Children may have trouble avoiding visual distractions when they are integrated into their environment, according to the study’s authors.

The environment in which students learn should be engaging, not distracting.
That is not to mean that every wall must be devoid of decoration. In 2015, a team of academics in the United Kingdom analyzed 153 classrooms and discovered that pupils benefited the most when the walls were decorated. ‘The visual displays on the walls should be arranged to give the classroom a lively impression, without becoming confusing in appearance.’ Researchers recommend that “between 20 and 50 percent of the available wall area should be left unobstructed,” according to their findings.

So, what are the recommendations from researchers for teachers?

Students’ work should be displayed. Students not only feel a stronger feeling of responsibility for their learning, but they are also more likely to retain the information they have learned (Barrett et al., 2015).
Make use of role models who are both inspiring and motivating. Putting up photographs of heroes and leaders, as well as short tales or statements about them, can help kids develop a stronger feeling of belonging and aspiration, especially when their origins and interests are reflected in the images. Make every effort to include students, but avoid using token or stereotyped depictions, which can be detrimental to students’ self-esteem (Cheryan et al., 2014).
Keep things as simple as possible. Keep at least 20% of your wall space free of clutter, and leave enough space between displays to avoid the appearance of a cluttered display. Refrain from the desire to keep adding decorations; it is preferable to swap them out rather than to constantly add new ones (Barrett et al., 2015).
It is acceptable to use visual aids such as anchor charts, maps, and diagrams. Posters that serve to reinforce rather than distract from a lesson can help students learn more effectively. However, don’t forget to remove any that are no longer relevant to you (Carney & Levin, 2002; Bui & McDaniel, 2015).
Avoid displaying student scores or grades on the board. Many teachers utilize data walls to motivate their pupils, and while they can be effective for high achievers, they can backfire on kids who are struggling, causing feelings of humiliation and demoralization in the process (Marsh et al., 2014).
Allow for the entry of natural light. Covering your windows with decorations is not recommended unless you have a problem with brightness or outside distractions in your home. Students who are exposed to more natural light in their classes outperform their peers in arithmetic and reading when compared to when they are exposed to less natural light (Cheryan et al., 2014). In the absence of windows, making sure the room is sufficiently lit will help you achieve more success (Barrett et al., 2015).
The colors on the walls should be in harmony. You don’t have to keep with four white walls—try painting one wall in a bright color and the rest of the walls in a muted tone to make a statement (Barrett et al., 2015).
THE DEVELOPMENT OF BRAINS
While many teachers enjoy adorning their classroom walls, it is possible that young children will not respond in the way that teachers expect.

A classroom with tables of varying heights and a variety of seating arrangements
Thanks to Amy Mileham for her assistance.
Classrooms should be vibrant, but not chaotic, with 20 to 50 percent of the wall area left blank to allow for natural lighting.
“Our findings may be related to the fact that children’s cognitive capacities are still developing, especially executive processes that are responsible for filtering out irrelevant information for a specific activity,” the study’s authors speculate. Although a teacher may have no trouble ignoring a wall cluttered with decorations, young children may find it difficult to keep their attention on the topic at hand.

According to the Harvard Center on the Developing Child, children do not come into the world with fully developed executive functions; rather, they must learn these skills through experience. Children who have had traumatic experiences, such as neglect, abuse, or violence, or who have learning difficulties are more likely to have attention and self-regulation skills that are disrupted as a result. As a result, classroom distractions may be affecting the pupils who require the greatest assistance.

Nichole Murray’s photograph of a row of standing desks against a classroom wall
Seeing their work displayed in class might help students feel a stronger sense of responsibility for their learning while also helping them retain more of the course content.
Following the teacher and parents, this study is the latest in a growing field that considers the classroom environment to be a third teacher and believes that a positive classroom environment is vital to facilitating learning. However, systems such as Reggio Emilia and Montessori have elevated the concept to the forefront of pedagogy, emphasizing the importance of classrooms in the process of determining how pupils learn. Recent studies have revealed evidence for the importance of classrooms in the learning process: One study from 2014 discovered that young students spent more time off-task when classroom walls were heavily decorated, and research on flexible classrooms has discovered that optimizing physical characteristics of classrooms such as light, color, and seating options can improve academic performance by as much as 16 percent.

Tags: Dos and Don’ts of Classroom Decorations How to Decorate Your Classroom

How To Do A Percentage Calculation In Excel? 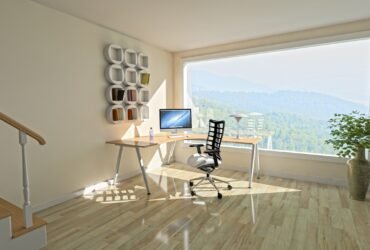 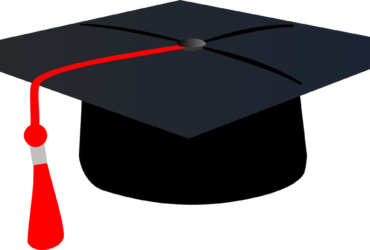