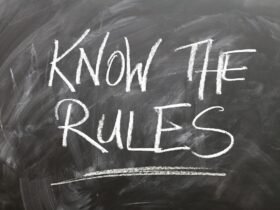 We all have students who push us to the edge of our comfort zones. Even the most cooperative children can be difficult to work with at times, especially if they are tired, hungry, or overwhelmed. Noncooperative behaviour is common among certain age groups, such as 2- to 3-year-olds and teenagers, and is considered a normal part of development.

Moreover, as many as 16 per cent of all children and 40 per cent of students diagnosed with attention-deficit/hyperactivity disorder have the oppositional defiant disorder (ODD), which is characterised by a pattern of consistent negative and hostile behaviour in multiple settings over time. This behaviour can include intentionally annoying or upsetting others, outbursts of anger and hostility, defiance or frequent arguing with adults, and then blaming others for misbehaviour.

When faced with obstinate behaviour, teachers frequently react defensively, creating a situation in which the teacher and the student become embroiled in a power struggle or an ineffective pattern of communication.

So, how does a teacher deal with a student who openly defies the rules, tries to irritate the teacher on purpose, or has a pattern of hostile behaviour toward authority in the classroom? Here are some suggestions to assist you in avoiding problems or dealing with them when they do occur.

As a new teacher, I quickly realised that expressing anger was counterproductive when dealing with students who were hostile to authority. It exacerbated the problem because they were frequently amused or encouraged by upsetting an adult.

If you’re angry or frustrated, it’s important not to let your emotions show on the child’s face. Maintain a positive tone in your voice, and maintain neutral body language by keeping your hands by your sides at all times. Approaching the student or entering their personal space should be avoided at all costs, as doing so may escalate the situation further.

Learning to use “I statements” was extremely beneficial to me when working with students who exhibited challenging behaviour. When a student is noncompliant, our first instinct as teachers is to call attention to the behaviour by using a sentence that begins with “You” and then gives a command. “You never pay attention or follow instructions,” for example. “Please don’t get up from your seat again!”

Incorporating an “I statement” into this sentence makes it much more effective. In this case, “I would like all of my students to sit down, pay attention, and follow directions so that they are aware of what is expected of them next.”

With this statement, there is less judgement and more instruction, as it describes the desired positive behaviour. Remember to keep directions concise and to deliver them in a variety of formats (in writing, spoken aloud, or using signals, for example).

When at all possible, provide options in which you will be satisfied with either outcome. For example, “Students may sit on the beanbags or at their desks to work quietly,” or “Students may work quietly on their laptops.” Students who can make choices feel more empowered, and they are less likely to engage in defiance.

Change your focus from identifying and recognising negative behaviour to actively seeking out examples of positive behaviour. Look for and recognise even the smallest steps toward greater flexibility, compliance, and cooperation, and reward them.

When a student shows signs of improvement, pay close attention to them. Positive notes sent to my family proved to be particularly effective. I sent postcards to my students who had shown a marked improvement in their behaviour over the previous week. In one instance, a parent shared with me that not only had this been the first positive note the student had received, but he was so pleased with himself that he proudly displayed it on the refrigerator for everyone to see. Don’t underestimate the influence that positive words can have on people’s actions.

DETERMINE THE CAUSE OF THE BEHAVIOR

Students’ actions assist them in obtaining something desirable or escaping something undesirable. Learning to think of behaviour as feedback or as a form of communication has helped me to be a more effective teacher when dealing with students who exhibit problem behaviours in the classroom.

When does this behaviour occur, or when does it not occur?
What occurs before and after the occurrence of the behaviour?
Who is the intended audience?
Is it possible that factors outside of the student’s control are causing or contributing to his or her behaviours? (For example, has the student been subjected to traumatic events? (Does he or she come from a family that has experienced housing or food insecurity?)
What kind of alternative behaviour would be more acceptable than the one that is currently being demonstrated?
Consider the possibility that there are reasonable explanations for the misbehaviour. For example, as a teacher, I frequently observed students inventing a problem to avoid doing work that was too challenging for them. Some students engage in disruptive behaviour as a result of difficult issues in their homes or neighbourhoods. I’ve also witnessed students act tough or argumentative to impress their peers or to avoid being bullied or victimised by their peers.

Understanding the underlying causes of the behaviour will aid in the development of a strategy to address the issues.

A functional behaviour assessment (FBA), which looks at academic and non-academic factors that could be contributing to or triggering behaviour, may also be requested if an individual student exhibits problematic behaviour regularly. An FBA is only required after a suspension of 10 days or more, but an FBA may be requested at any time during the suspension period. An FBA is typically carried out by a team of people, which may include a special education teacher, general education teachers, a parent or guardian, school administrators, and experts (such as a speech therapist, psychologist, or behaviour specialist). Following that, the FBA is used to develop a detailed behaviour intervention plan (BIP).

A plan for preventing a behaviour from recurring can be developed once it has been identified and assessed as inappropriate. A behaviour intervention plan (BIP) outlines the steps that a teacher will take when problem behaviour occurs.

A behaviour intervention plan (BIP) should teach the student more productive behaviours and strategies, reward positive and appropriate behaviours, and clearly define who is in charge of each intervention.

Perhaps changes can be made to the environment, such as relocating the student’s seat, or changes can be made to the instructional methodology, such as shortening or modifying an assignment to better match the student’s ability to complete independent work assignments. If the behaviour is likely to occur at certain times of the day, teachers may want to consider modifying their routines.

Suppose a student has an outburst every time they’re called on in class or asked to present information in front of their peers. In this case, the plan might suggest alternatives such as:

Instead of answering questions aloud, the teacher will provide the student with a set of questions about the lesson that he or she will need to answer on paper and turn in.
While feeling overwhelmed, the student will be responsible for requesting a short break or finding an alternate location to complete assignments on their initiative.
The student will receive a positive note home each day if their answers are turned in after the lesson, as well as 5–10 minutes to work on their art projects.
The behaviour plan developed by the team should be implemented in all of the classes. The team should meet to discuss feedback from teachers and parents/guardians, and the plan should be reviewed regularly to adjust ineffective interventions or modify interventions where the student is making progress.

The ability to learn, change, and progress is something that we all possess. Students with problematic behaviour can learn more productive strategies that will help them have more positive and effective interactions with others if they are provided with the appropriate tools and environment to do so.