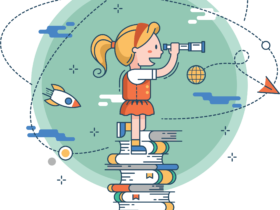 The Social and Academic Benefits of Team Sports

There is so much more to team sports than just the physical benefits that they provide. For young people, this is especially true when they participate in group sports activities as part of their daily lives. Physical activity and academic performance have been shown to have a direct relationship in several studies. According to a University of Kansas study that looked at the performance of students in grades 9 to 12, more than 97 percent of student-athletes graduated from high school, which was 10 percent higher than the performance of students who had never participated in sports before. Athletes also had better G.P.A. outcomes than non-athletes, according to the research.

This may have something to do with the increased cognitive ability that comes with sports participation. Physical activity has been shown to increase blood flow to the brain and activate endorphins, which are chemicals that are released when you engage in physical activity. Because endorphins can have a positive impact on your mood and work performance, athletes may be more willing and capable of taking on the next big challenge.

Team sports can also aid in the development of emotional skills. According to a study published by the Canadian Fitness and Lifestyle Research Institute, exercise can induce a unique state of short-term relaxation that is unlike any other. Those benefits will carry over into the classroom, where they will promote increased concentration, better memory retention, enhanced creativity, more effective problem solving, and an improved mood.

Team athletes are constantly collaborating with a diverse group of individuals, many of whom have the potential to develop into positive role models along the way. Mentorship in team sports occurs between older and younger players, between coaches and athletes, and in a variety of other ways. Coaches, in particular, can make a significant difference in the lives of young athletes. Athletes who are exposed to positive sports mentors when they are young are more likely to seek out effective role models throughout their careers and personal lives.

Soft skills are personal characteristics that enable people to form positive social relationships with other people. Team sports are an excellent source of soft skills development because they provide athletes with the opportunity to grow in a safe and encouraging environment. Here are just a few examples of soft skills that can be developed through participation in team sports:

Although it may not be as obvious as sitting down and discussing a group project, team sports necessitate a great deal of communication, both verbal and nonverbal. To maintain a functional sports team, communication skills are essential, whether it’s listening to locker room pep talks, picking up on nonverbal cues given by other players, or expressing an idea during a post-game debriefing session.

Coaches and teammates are expected to communicate their concerns, hopes, and disappointments to their coaches and teammates, according to Jill Prudden’s book “Coaching Girl’s Basketball Successfully.” She also encourages her players to seek feedback from their coaches as well as their classroom teachers, resulting in the development of communication skills that will aid them in their academic endeavors.

Sports plays happen quickly, and athletes learn the skills necessary to make effective snap decisions to succeed. Athletes learn critical decision-making skills that will benefit them both during and after the game, whether it’s a basketball player deciding to shoot or a soccer player realizing that passing to a teammate for an assist is the best move.

Any athlete who has competed in a championship game understands what it is like to be under pressure. Athletic competition creates an environment in which athletes learn to overcome their natural “fight or flight” instincts to make consistent and difficult decisions under high-pressure situations. Individuals with a greater ability to function under pressure are more likely to meet deadlines and perform better when confronted with high-pressure situations in the future.

This one should go without saying. When it comes to teamwork, it is all about working together to achieve a common goal. Your athlete will learn to be adaptable, persistent, and patient as a result of the varied pairing of personalities and scenarios used in training. Team sports also instill a sense of collective and individual responsibility in their participants.

The ability to recognize the individual talents of each member of a team composed of a dozen or more of your peers is a valuable asset when working on a project. Working with teammates, according to the Janssen Sports Leadership Center, teaches athletes important life skills such as respect for one another, acting selflessly, making good decisions on behalf of the team, and not cutting corners when necessary.

Athletes are required to put in the same amount of time as they would if they were working a regular job. Just consider all of the different commitments that an athlete must juggle: competitions, strength and conditioning, team meetings, sports physiotherapy, and that’s just for the sports-related obligations.

Sporting athletes must learn valuable time management skills as a matter of necessity; otherwise, they will be unable to keep up with their academics and their athletics. Employers should consider hiring former student-athletes, according to a recent article published by Fast Company. Effective time management planning is one of the reasons for this recommendation.

Every second counts for team athletes and this understanding of the importance of time will carry over into their everyday lives. In an interview with Forbes, Shannon Miller, a member of the United States Olympic women’s gymnastics team in 1992 and 1996, described how she maintained a schedule that was almost minute by minute while competing. Athletes benefit from this meticulous planning and precision because it allows them to concentrate on reaching their goals more quickly than non-athletes.

Sporting teams are said to help people develop the five Cs: competence; confidence; connections; character; and a caring attitude. Self-esteem is at the heart of this, and it is increased as a result of better social interactions, stronger relationships, and higher academic performance, among other factors.

Athletes who participate in team sports have a natural sense of belonging. Several studies, including one from True Sport, have found that youth who participate in sports have higher levels of social support, and the sense of community that is fostered among teammates, coaches, and family members provides the ideal environment for critical self-esteem development.

At the end of the day, the opportunity to participate in team sports provides athletes with valuable skills that will serve them well beyond the confines of the field, pitch, or court.