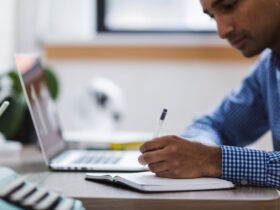 Twenty of the Worst Science Jokes Ever

The news was ablaze with rumours about an asteroid that was scheduled to pass between the Earth and the Moon a number of years ago. My ninth grade physical science class was abuzz with talk of a “near miss,” despite the fact that more exact calculations revealed that there would not be a close call after all. It had been a fantastic day, with children bombarding me with questions about asteroids and the solar system in particular. Eventually, one of my students inquired as to what would happen to our Moon if a massive asteroid were to strike it. I reacted with a chuckle, saying that instead of having a Full Moon, we would have two halves. I could tell that one of my brighter pupils was deep in contemplation despite the fact that the majority of the class grumbled. “However, if the Moon were to be destroyed, how would we be able to have nighttime?” she inquired. She saw the error in her reasoning very immediately and screamed out, “Just kidding!”

As the son of two teachers, I learnt at a young age that comedy — or, at the very least, efforts at humour — is a necessary component of effective science instruction. In fact, my father used to tell his kids a joke that went something like this: “How do you differentiate a boy chromosome from a girl chromosome?” (The answer is to knock their genes out.)

And what better way to usher both the start of a new school year and Edutopia’s 20th anniversary than by disseminating a list of 20 terrible science jokes?